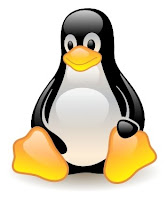 I've taken a look at Debian, Mandriva and Fedora. (I might have tried Suse too, but the LiveCD has never worked on my computer.) After first trying a LiveCD, I installed all three distros and gave them a good try-0ut.

The core Linux philosophy is Free, as in Freedom, but I'm also interested in Free, as in Beer, so I took a look at how each distribution handled multimedia- Flash and MP3's in particular.

Debian was easy to install. It used to have a reputation for being difficult to install, but the new graphical installation interface was perhaps the easiest of all three to use. Debian is very strict about including only free and open source software, and the installation gave me an message about missing firmware. I made a note of the message, and in the end, all I had to do was enable Debian's non-free repository and install some firmware for my wireless card- not a big issue, but it could be tricky for new users, and no other distribution I tried was this strict, and installed the firmware without asking.
Debian is the distribution upon which Ubuntu is based, but its priority is more stability than latest features, and it is not targeted at new Linux users like Ubuntu. Using Debian reminded me of Ubuntu when I first started using it three years ago- a lot of the packages are old. They're stable of course, but they lack the latest features, and sometimes contain performance bugs that Ubuntu users will not be pleased to see again.
The look of the installation was austere- and I soon realised that desktop effects were not installed, as was the case when I first used Ubuntu three years ago. I'm not a fan of desktop cubes and wobbly windows, but a series of concentric boxes when closing a window takes me back to.... Windows 3.1, probably. The driver for my video card installed by Debian just doesn't support desktop effects, which came as an option with the other two distros and worked when enabled.
There's no equivalent of Ubuntu's restricted-extras package in Debian, which makes enabling multimedia less of a breeze. I got Flash and MP3's playing without too much trouble, but playing Flash files I'd saved to my hard drive resulted in an error message. With a bit of Googling, I found I just needed to install a Gstreamer plugin. Not too much of a big deal, but just another issue that would be off-putting for a newbie.
Debian generally doesn't go out of its way like Ubuntu to be user friendly or attractive- a lot of features that are enabled by default in Ubuntu are not present in Debian. They can be enabled, but it takes some Googling, some head scratching and some delving into system settings. Debian is in fact probably more designed for system administrators to use, rather than home users, and many of the system settings and messages reflect this.
Debian is a utilitarian distro. Which suits some users, but it's probably not the distribution to recommend to first-time Linux users. 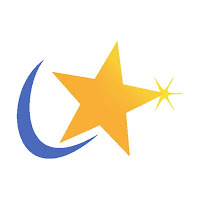 Mandriva was another easy installation. Immediately after installation I noticed an update message for Mandriva 2009- strange, considering I'd installed 2010. Doing a update removed the message- but still, not a good first impression.
The Mandriva installation was up-to-date, attractive and fully-featured.
I'd installed Mandriva One, which comes with some proprietary components- notably Flash which is pre-installed. Mandriva has a unique approach to proprietary software- particularly multimedia codecs- among Linux distos I've tried. Clicking on an MP3 file for example, pops up a message about the nature of the MP3 format, and gives two options- installing the required proprietary codecs, or installing reverse engineered Linux alternatives. A very reasonable and honest approach, but unfortunately neither option worked for me, and the install button was positioned below the bottom of the screen on my laptop. Mandriva has a utility called Codeina which is supposed to "provide and install codecs for playing multimedia files in formats for which a codec is not already available on the system". By signing up, I was able to install the MP3 codec for free, but other codecs required a fee. Clicking on a downloaded Flash video file produced another message about installing proprietary codecs or Linux version from Mandriva- again it didn't work. I tried enabling a third-party repository of proprietary software for Mandriva, but again, no luck. (This seems to be a recognised bug.) Maybe paying to licence the codecs through Codeina would have worked. Maybe this actually the most ethical thing to do anyway, but I'm afraid this is where I gave up on Mandriva.
In summary, an attractive and user-friendly distro, if it weren't for the problems with multimedia.

By now I'd done half a dozen Linux installs on this laptop, dual booting with Windows, without any problems. However, I must have done something wrong with the Fedora installer, because I couldn't get either Fedora or Windows to boot, even after repeated attempts. Ferdora 13 (out in a week from now) is set to have a new graphical installer- I hope it's easier to use. In the end I just let Fedora use the whole disk (haven't used Windows in years). Fedora 12 at least is probably not the distro to choose if you're thinking about trying Linux alongside Windows.
Booting into my new installation, I hit a major bug- there were a lot of updates ready for the system, but the update process failed. I had to do a Google search and apply a Terminal command to get updates working: I think most newbies would have been lost here.
As with Mandriva, the Fedora installation was up-to-date, attractive and fully-featured.
The installation came with AbiWord, and I've always used OpenOffice. Installing open office wasn't too much of a trauma- I made the mistake of installing the entire package, which is a 800MB download, rather than the base package, which is 120MB- and anyway, Fedora 13 is set in come with OpenOffice.
Fedora comes with a security feature called SELinux. Google SELinux and the first hit tells you about it. (The second hit is how to disable it.) A lot of experienced Fedora users seem to dislike it. Within minutes of installing Fedora, it was blocking things I was trying to do and telling me I was possibly being hacked. If you've ever used an over-enthusiastic security program (HIPS or intrusion protection) on Windows, you'll be familiar with the experience. It probably something new users of Linux would not want to be trying to get their heads round while adapting to a new operating system.
Like Mandriva, and unlike Ubuntu, Fedora does not have a repository of software that is not available under a completely free license, or is not free. As in Mandriva, you have to enable a third-party repository. This is easy to do- just click on a link in a web page, enter your password, accept the source as trusted.... Anybody familiar with windows malware might be a little worried by this- if Linux becomes more popular, and fake repositories start appearing, and users are used to accepting third-party sources of software and giving their passwords... The Ubuntu system, where non-free software is available from Canonical itself inspires a lot more confidence.
The good news is that, once the third-party repository is installed, clicking on an unknown file format will bring up a dialogue asking if it's OK to install the necessary codec, and, if accepted, do it automatically.
I'm actually quite pleased with Fedora, and will certainly be keeping it long enough to try out Fedora 13. (A plus point for me is that the Gnome 3 shell preview works better in Fedora than Ubuntu, and I'm interested in seeing how that goes.)

In summary, it's easy to see why Ubuntu is one of the most popular distros with new users- it's easy to install and set up for everyday use, it's user-friendly, up-to-date with features and attractive. The three distros I tried all had disadvantages, or what I would see as disadvantages, for new users.
That's not to say a new user could not set up an installation to their liking- especially if they had support from a friend or colleague already using that distro. There are other user-friendly distros that I didn't try- Suse, PCLinuxOS etc., but Ubuntu remains one distro that can always be recommended to someone who wants to try out Linux with some confidence that they won't run into (for them) insurmountable obstacles either during or immediately after installation.
Posted by FreewheelinFrank at 8:38 PM